We’re all about doing what you love! Velocity Sportswear is full of passion with a fun, energetic team, and we love sharing our passion with everyone we meet. Get to know the whole crew and see what makes us tick! 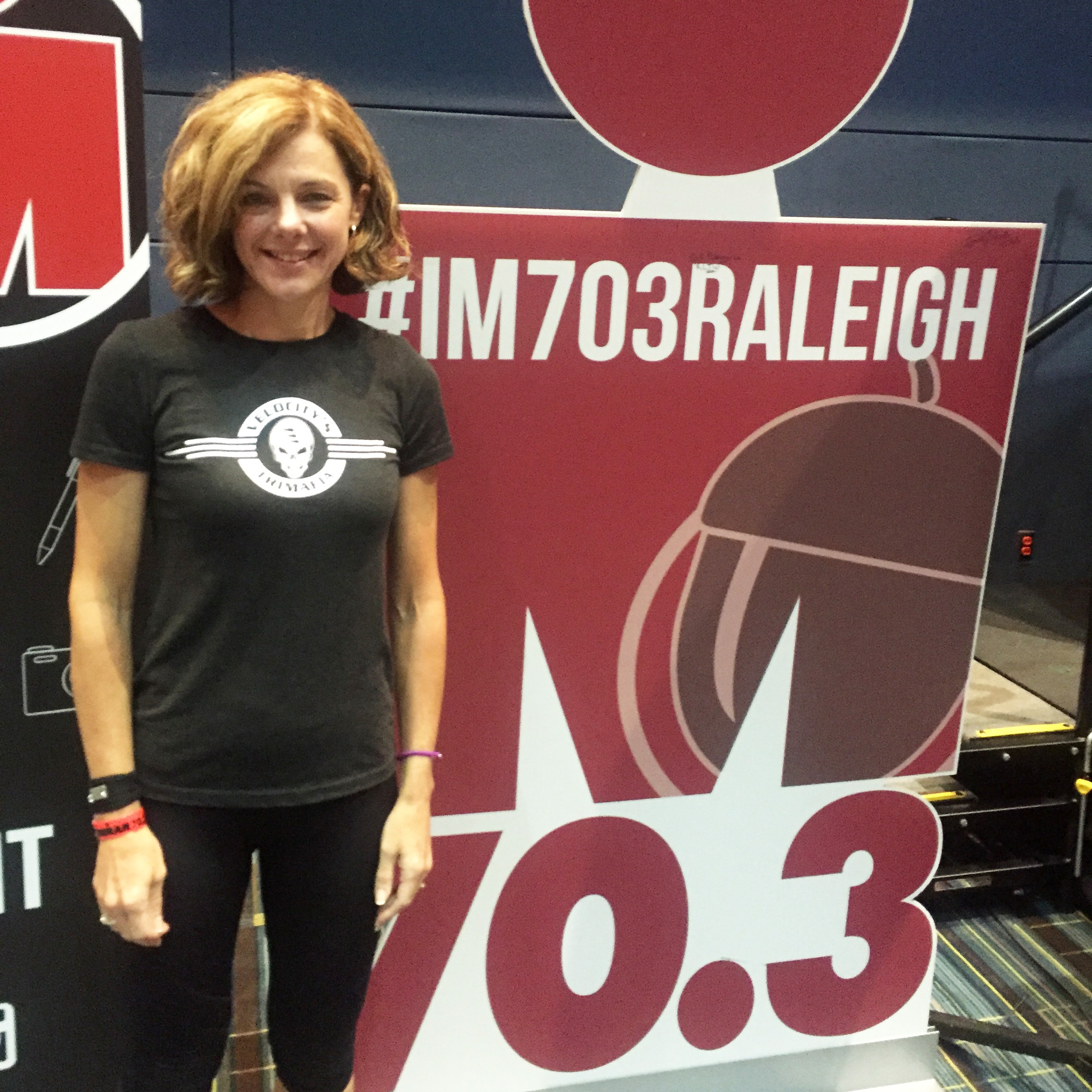 Angela Smith is the administrative leg of the Velocity team, always cracking the whip on deadlines and keeping everything straight with Uncle Sam. She's always moving, whether in the pool, on the bike, on the beaten path or on the tennis court. She finished her first triathlon ever in 2014, which happened to be a half iron distance in Key West, FL. She played tennis for Marshall University in the early 90's when she met and married graphic designer Todd Smith. They have two adult children who work in the family business and currently live in Huntington, WV, home of the Thundering Herd. 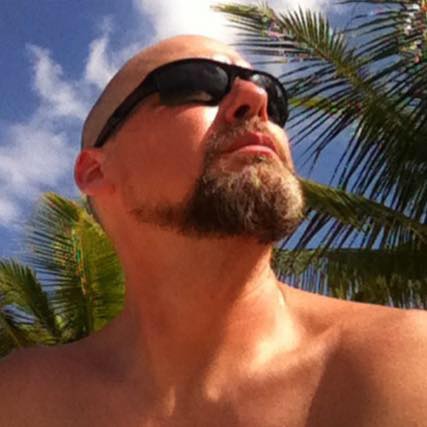 Retired police officer, entrepreneur, risk-taker and award winning prankster: Todd Smith. When he's not busy working on new t-shirt designs, you'll see him swimming, cycling or running, as he's usually training for a triathlon (so he has an excuse to whisk his wife away for a weekend in a sunny, tropical location.) Todd is a graduate of Marshall University and refuses to acknowledge the "other university" in West Virginia. He lives in Huntington, WV with his wife, Angela, and two adult children who he swears have both sped up his receding hairline and put the grey in his beard. 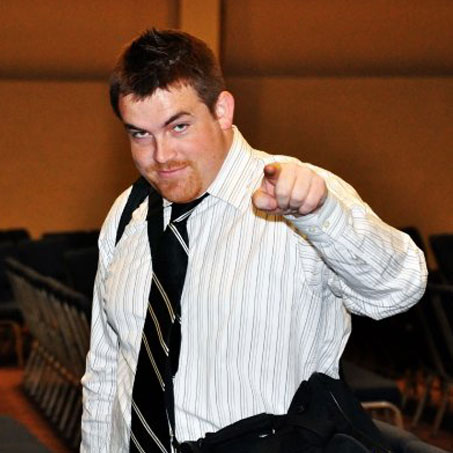 Ernie is a nerd at heart with a love for athletics.  When he's not stuck behind a computer screen being a code monkey, he enjoys weight training, golf, watching sports, and playing guitar. 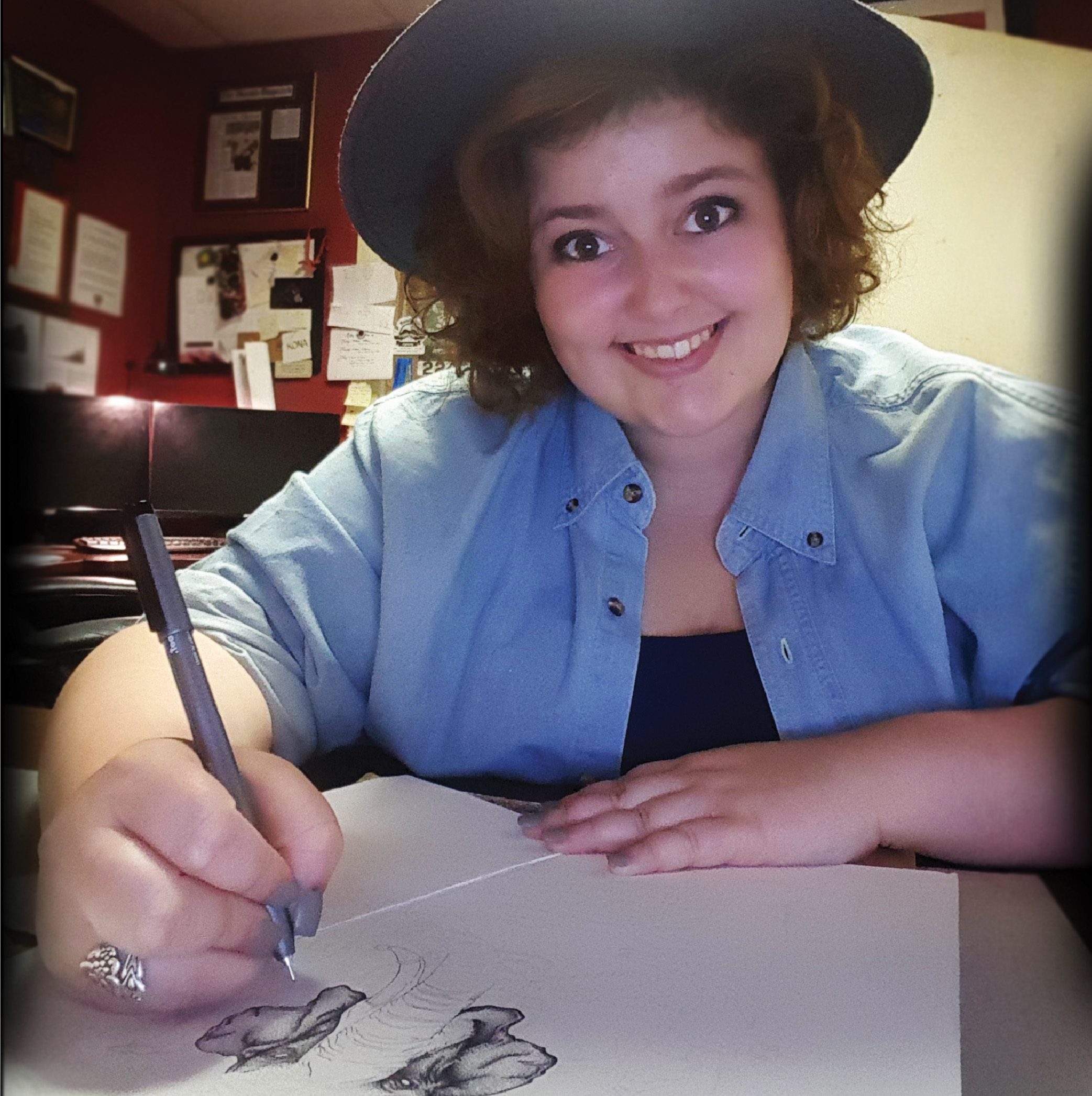 Kaitlin Blatt
Rainman With A Pencil

Kaitlin is an undergraduate at the greatest university in West Virginia, Marshall.  She is a double emphasis in ceramics and graphic design with a minor in pyschology. She works side by side with Todd in designing t-shirts as well as drawing up our fun and unique illustrations. Kaitlin, when she’s not at school or hard at work for Velocity, enjoys singing, playing piano, guitar and ukulele. She also enjoys the great sport of ice hockey, which she played for 14 years as goalie.